Are LED Grow Lights Better than Other Light Sources?

Before we can answer that question, we have to know a little bit more about light itself. Without delving too deeply into the physics, light waves come in an array of different colors each with its own unique wavelength that is measured in nanometres (nm).

So for instance, blue light might have a wavelength of 430nm or red light might be 660nm. Even different shades of the same colour have their own precise wavelengths within the range for that colour, so a deep red would be something like 700nm, whereas a lighter shade of red might be 640nm. Unlike conventional electric lighting which emits a range of colours simultaneously (combining to form the final white light product that we see), an LED essentially only emits light of one particular wavelength (in reality, it actually emits a very narrow band of wavelengths, but for our purposes, we can think of it as emitting only at its designated wavelength). Combining LEDs of different wavelengths into a single light fixture gives us the power to precisely control the colours of light that plants are exposed to, and in so doing, maximize exposure of our plants to light that promotes optimal growth, or that’s the theory anyway!

A grow light or plant light is an artificial light source, generally an electric light, designed to stimulate plant growth by emitting an electromagnetic spectrum appropriate for photosynthesis. Grow lights are used in applications where there is either no naturally occurring light, or where supplemental light is required. For example, in the winter months when the available hours of daylight may be insufficient for the desired plant growth, lights are used to extend the time the plants receive light. If plants do not receive enough light, they will grow long and spindly.

As below is the advantages of the LED Grow Light

Plants grow best when they receive light from specific parts of the visible electromagnetic spectrum; in particular, photosynthesis works best when plants get light from the red and blue ends of the spectrum. Some lighting technologies produce light that falls mainly outside of this range; high-pressure sodium lights, for example, produce mostly yellow light. While innovations in the design of fluorescent, high-pressure sodium and other light sources are resulting in lamps that produce a more effective spectrum of wavelengths, those produced by LED Grow Light are more easily targeted, making it theoretically easier to tune LED arrays to produce the best light for plant growth.

Compared with other light sources, LED Grow Light radiate very little heat along with the light they produce. This can be an advantage in a situation where heat-producing lights could raise the temperature in the growing room beyond a level that's healthy for the plants. However, in a situation where the heat produced by lighting is a bonus -- such as in an unheated greenhouse during cold weather -- LED Grow Light don't have much to offer.

LED Grow Light are very efficient as they convert electricity to light, much more so than other grow light technologies. In theory, this efficiency should translate to much lower operating costs for LED arrays compared with other light sources. Factors other than the efficiency of the LEDs can cut into those savings, however. For example, even though LED Grow Light radiate very little heat, the diodes themselves heat up when they operate, and they must be cooled in order to prevent their failure; active cooling systems in some arrays consume energy, resulting in a substantial increase in their operating cost.

LED Grow Light are extremely long-lived; they can last 50,000 hours or more before they fail, and some LEDs may last as long as 100,000 hours. Most other types of grow lights, including fluorescents, metal halide lamps, and high-pressure sodium lights, have a life span of between 10,000 and 20,000 hours. Incandescent lamps are much shorter-lived than other lighting technologies; some incandescent lamps fail in as little as 750 hours. The longevity of LED Grow Light makes their relatively high initial cost less of a disadvantage.

Discount- What You See Is What You Earn

A Public Letter To All Customers And Friends

Advantages of LEDs over HPS 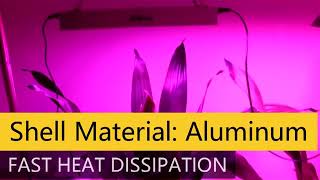 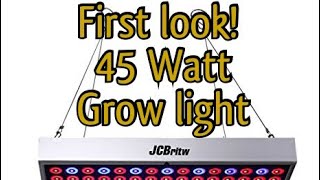